Bjork times Encyclopedia Pictura equals...well, just watch. I really could try to describe this, but there's a reason we can communicate non-verbally. Plus, I mean, it's embedded right here:

"Temptation to Wonder" posted by Urn

Admittedly, I'm not cool enough to have liked the new Gnarls joint at first peep--what is this? Nancy Sinatra rap?--nevertheless, my ADD-afflicted, telegenicized* ass was kinda digging it after the video. Maybe blame it on the Graffiti Rock reference (Justin Timberlake playing OG scenester Michael Holman is PURE COMEDY) or the fact that we still have one of those clunky, faux-furniture, wooden TVs down in our basement (HD transition can get the bozack). Irregardless**, I just thought of another GR-referencing viddy that doesn't cause seizures though it may make you have flashbacks to previous cases of acute backpackeritis***.

WHT "14 Years of Rap" (w/ cameos by Bobbito, Crazy Legs, and what could be the world's first Semetic Cyborg eye)

While I'm purdy sure that "Thelonius" tickled the ebonies & ivories, this jawnt is still crankin'. Maybe I'm just a sucker for the marimba--I'unno.

In more Bun B appearance updates: no offense to main mang (I don't have a death wish), but however-few-years-old MC Rye Rye shows everyone up on the Homeland Security Remixes with that Charm City...uh...charm. If the next gen of (female) MCs is this sick already...Lawdamercy! Maybe a change is gon come. African Boy also gets honorable mention for the best "cooking up white"-involving rhyme I've heard in ages. Fufu, anyone?

Look like Mike Love (who I hear cold as hell) done took the "King of New York" and mashed him up with the King of Afrobeat. Some cuts are more definitely more inspired than others ("Sweet" is my heat) but it goes without saying that hopefully more folks will take an interest in the music of Mr. Kuti after hearing this.

Officially taking the word to the motherland, the half of Blackstar NOT currently starring in dope revisionist Fats Waller docs just shot his new video in Lagos. Though dude comes off kinda self-righteous/colonial in this soundbite discussing the song, the glorious beat (Just Blaze + the Brooklyn Youth Chorus Academy) and video (the SHRINE!) are excellent. Hopefully Kwe will stay true to his word, not only spreading the gospel over there but reversing the trans-Atlantic trade, if you get my drift. I mean, with an actual cultural and material exchange, who know what can come to fruition? 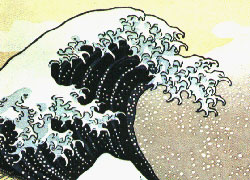 Charles Fishman explores America's obsession with bottled water in his feature length article in Fast Company. And while the EPA has just deemed New York tap water so pure that it requires no filtration, San Francisco, which has already been able to tout that claim for a while now, will no longer be allowed to buy bottled water for it's city employees under a new order by Mayor Newsom. So with countless people still paying more for their bottled water than gasoline, you might be interested to know some of the true costs. 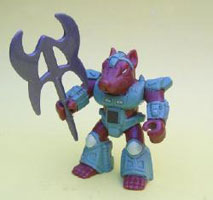 Scientists are just one step away from unlocking the secret to producing golden eggs.

Does water beat wind? or is it sand?
(It's not sand. The answer is robots. Robots beat everything.)

Making fun of both the pharmaceutical industry and the prison industrial complex?? Get your Incarcerex today. 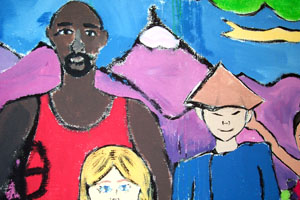 While I don't think Design can "solve the problems of the world's poor," no matter how savvy, I gotta salute folks like those mentioned in this article from the NY Times for using their intelligence and resources for the greater good. If these forward-thinking solutions to serious-yet-mundane problems can actually be distributed amongst and used by the people who need them (a large hurdle in its own right), their impact would be huge in just allowing recipients to accomplish things hitherto unimaginable due to lack of time and/or resources. I guess we shall see. 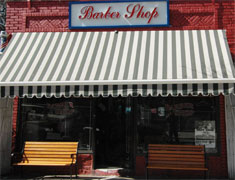 Just the name â Disease Mongering Engine â sells me pretty quickly. This site actually has some more sobering content too though. Antibacterial soap can be dangerous? As if I didn't already have enough reasons to distrust 'the man'...

On a more upbeat note though, here's a little DIY tutorial for how to take infrared pics with your digicam.

"Just for Fun" posted by ix It might be more interesting if they had animations of our representatives and you could watch them run around with oversized heads and thought balloons, but this is still something I can appreciate.

We Feel Fine. Kind of has a poetic feel with all the horrible grammar.

"We Feel Fine." posted by ix